By Bus: Mannar, Pooneryn to Jaffna: Part 3 Mannar to Jaffna thru Pooneryn

Part 1 here and Part 2 here
Day 3: Went by bus from Mannar thru Pooneryn to Jaffna, which is about 100 km. The bus left at about 8:45 am and arrived at around 2:00 pm in Jaffna. Many stops and waiting while passengers unloaded stuff for stores along the route or loaded produce for sale in Jaffna. The cost of the ticket was LKR 160 which seems high when compared with Colombo to Galle which is 120 km and costs LKR 110. However, when one considers the condition of the road and the wear and tear, the price seems reasonable.

Most of the road is still gravel, (however, not many huge ruts) . The first few kilometers from Mannar is quite fancy; carpeted road with side pavements. The final stretch too, entering the Jaffna Peninsula is also quite good. This is thru the Jaffna lagoon and the disused Mahadeva Causeway (built in 1932) has been rebuilt, and the ferry has been replaced with the Sangupiddy bridge. According to bridge builders website this bridge was a


part of the ongoing Regional Bridge Project. The Atlas bridge was originally destined for use as a flyover at the Panadura junction in Colombo. However, having identified the North Western Province as a priority development location and following detailed investigations, the Ministry decided instead to build the structure as an Atlas Bridge in Sangupiddy.

The engineering genius Mahadeva, who was the brainchild behind building the Elephant Pass causeway, had first worked out a plan to connect Sangupiddy in Jaffna and Kerathivu in Pooneryn by constructing a causeway in the shallow lagoon waters. However, the plan did not materialise due to protests from the fisherfolk in the area and producers of salt in Elephant Pass.

According to the Tamil News Network of Jan 16th 2011


So far, there is no announcement when civilians would be able to use the causeway. In recent times, only the occupying military has been using the causeway.

As far as I know the bus has been running for sometime, so you now know contrary to the Tamil News Network civilians use the causeway. There were also a couple of people in Jaffna who talked about the only way to reach south was through Pooneryn for many years. They would take boats and go across while avoiding bombs and crossfire.


The Mannar Pooneryn road near Mannar. 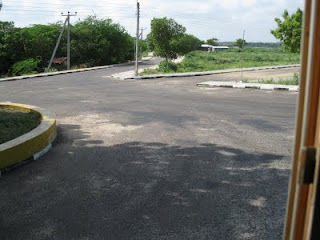 A lake closer to Mannar on the Mannar Pooneryn road 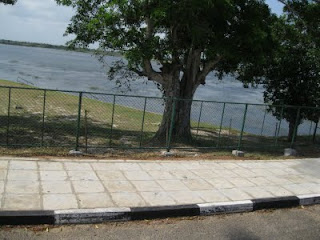 Typical view of toward the Mannar area of the Mannar Pooneryn Road. As one travels further north the landscape becomes more fertile. 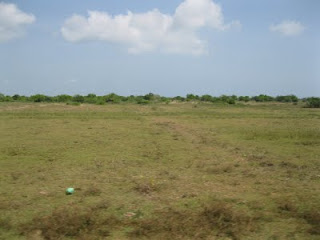 Getting off the Bus and walking to the villages. It seemed like most villages were located off the road and toward the ocean. 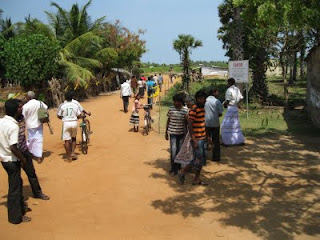 The priest at Mulangavil asking for alms, offerings 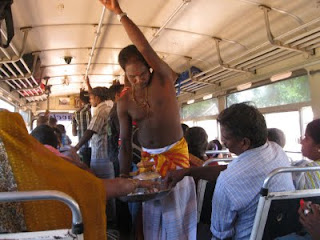 Kovil at Mulangavil. I think its similar to the Kovil at Murugandy where offerings (panduru) are made for a safe journey. 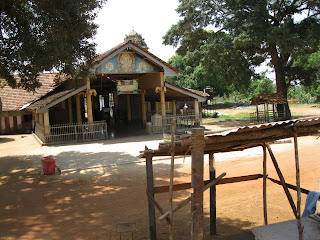 The bus is parked among the trees near the temple for a break in the journey. 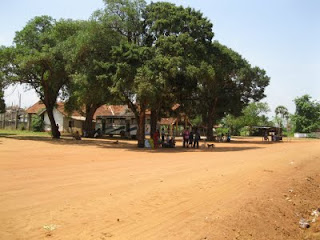 One of the three stores in Mulangavil 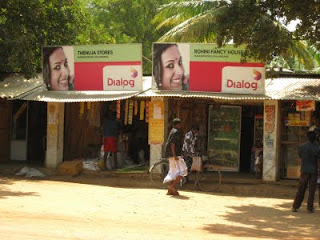 One of the many Catholic Churches along the road 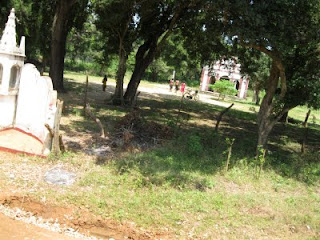 This kid on the bus didnt know a word of Sinhalese or English. I barely knew any Tamil. However, we had a little rapport and he kept on pointing out the approaching views such as the entrance to the causeway and the beginning of the bridge. If it was not for this kid, no proper photos of causeway and bridge as it would have passed by before I got my camera ready. Regret not having asked for his name. 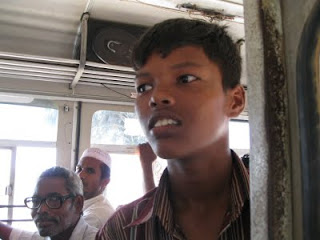 The start of the Mahadeva Causeway, Pooneryn side 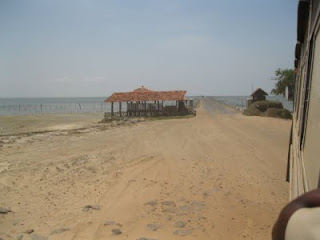 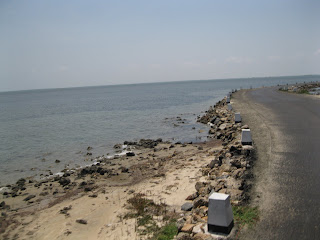 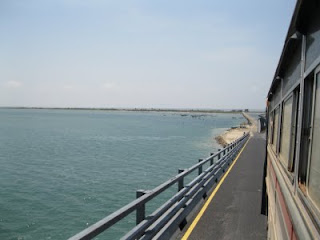