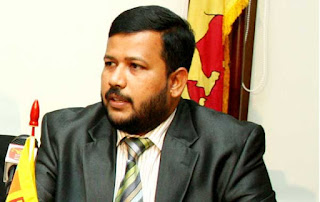 Mr. Rishard Bathiuddin, a rehabilitated LTTE cadre testified to me (Ratnajeevan H. Hoole or Nirmalanathan) that in the last days of the war they transferred money from LTTE storehouse loot in Mullaitivu to Bathiuddin in exchange for food. It was a very lucrative business for Bathiuddin according to my informant.

Complaints from Nirmalanathan and other TNA officials that Bathiuddin has been clearing the Wilpattu Reservations to settle his people for electoral gain, and that they contain ISIS training camps in the southern end of Musali DS Division (Mannar). It is 4-5 km long says Lohathayalan

Bathiuddin has a building by the sea in the Mannar DS division says Lohathayalan. Ships take off directly from the building — containing what, no one knows. Bathiuddin’s brother has been taken in by the police for questioning say news reports and – surprise, surprise – released quickly.
Kilinochchi Catholics Escape 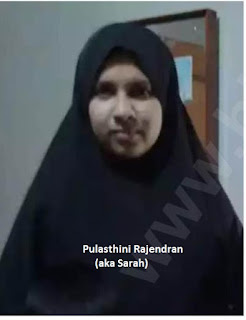 -------
These are excerpts from an article in Colombo Telegraph by Ratnajeevan Hoole.  Formatted to be read in point form.
https://www.colombotelegraph.com/index.php/our-governments-role-in-promoting-wanton-violence/