Huawei and the shift to the East

I have been out of touch with tech for over 8 years, being in the boondocks, so please chip in.  If necessary will do updates to post from comments. (also here at Brown Pundits for comments)
———————————————————————————
Trumps plans are pushing and hastening countries to be less dependent, even independent of US products.  The Huawei ban seems to be game changer. 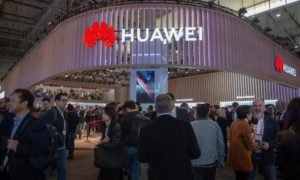 So  excerpts from an article linked below plus  links other info.
Huawei, needs a new operating system (Mobile OS/Operating System) for its phones. There are few out there, almost all are based on  Linux as is Android.

Android was Initially developed by Android Inc and Google bought in 2005.

Aurora is a mobile operating system currently developed by Russian Open Mobile Platform, based in Moscow. It is based on the Sailfish operating system, designed by Finnish technology company Jolla (for its smart phone), which featured a batch of Russians in the development team. Quite a few top coders at Google and Apple also come from the former USSR – exponents of a brilliant scientific academy tradition.

No Google? Who cares?Tencent, Xiaomi, Vivo and Oppo are already testing the HongMeng operating system, as part of a batch of one million devices already distributed. are not (yet) banned in the US market, and combined they sell more than Samsung. They could decide to move to Huawei’s operating system in no time.

The HongMeng system may also harbor functions dedicated to security and protection of users’ data. That’s what’s scaring Google the most; Huawei developing a software impenetrable to hacking attempts. Google is actively lobbying the Trump administration to add another reprieve – or even abandon the Huawei ban altogether.
The next step for Huawei and other producers is to go for Made in China processing and memory chips, breaking the stranglehold by Intel, Qualcomm, Broadcom, Micron Technology, Western Digital and the British ARM.

Final thought.  What happens to India and its role in Mobile phones and Mobile OS’s.  India was not a player in hardware such phone or computers  Indirectly India’s software developers gained thru large software companies such as Google. Now it is possible some significant fraction of hardware and OS is shifting to China.