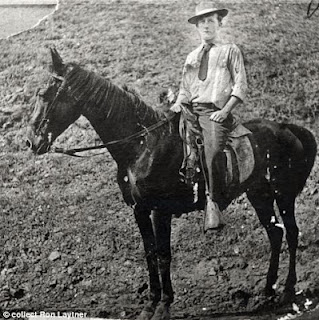 Norval Sinclair Marley was Robert Nesta "Bob" Marley's father. Norval Marley was born in Jamaica to Albert Thomas Marley, an English man from Sussex, and Ellen Broomfield a coloured Jamaican. The Marleys considered themselves as descendants of Syrian Jews who had emigrated to England and from there to Jamaica.

Norval Marley in his later life was an overseer in Jamaican plantations. One of his lovers was 18-year-old gospel singer Cedella Booker. Their son, Robert Nesta Marley, was born in 1945 and spent his formative years living in considerable poverty in the slums of Jamaica. Norval Marley did not stay long after Bob Marley but gave some financial support. When Bob Marley was 28 and his mother 28 Norval Marley died. Mother and son then moved to Kingston and settled in a corrugated-iron shack in a street with open sewers in the Trenchtown area, one of the roughest parts of the capital.

Excerpts from the Daily Mail Article 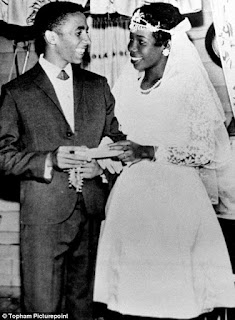 In the Kingston slums, Marley was confronted in the starkest terms with the reality of his mixed parentage.
He was taunted mercilessly by his peers for standing out from the crowd. Indeed, he longed so much to fit in that, as his 65-year-old widow Rita has recently revealed, he used to black his face with boot polish. She says he even married her when he was 21 and she 19 —because, unlike him, she was completely black.
But family and friends, speaking out for the first time in the new film, reveal that because Bob was so single-minded about his career those close to him were often neglected.
His daughter Cedella, named after Bob’s mother, seems during conversations in the film to be quite bewildered at having to share her father with so many fans across the globe — not to mention his ten other children, many of them  illegitimate and the result of the many affairs he conducted during his marriage.
Marley had at least seven mistresses, including 1976 Jamaican Miss World Cindy Breakspeare.
The women themselves say he was so shy that they made all the  running. Several even fell pregnant by him at the same time: this year, three of his sons by different women will all turn 40.
His daughter Cedella is 44, a successful businesswoman with three children who lives in Miami.