India has the  most amount of slaves in the world, 14 million, mainly Dalits. 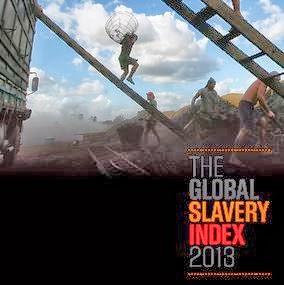 On a per capita basis Pakistan (3rd) and India (4th) have not diverged.

On the other hand Sri Lanka who are busy committing genocide on the Tamils and have not had time to enslave their population come at a lowly 118th rank.

US Debt of 16.8 Trillion: How it Breaks down

US Debt of 16.8 Trillion: How it Breaks down.  Note the Federal Reserve cannot be strictly considered completely Federal Government.

Email ThisBlogThis!Share to TwitterShare to FacebookShare to Pinterest
Labels: Global Crisis, US

UK's school leavers are among the least literate and numerate 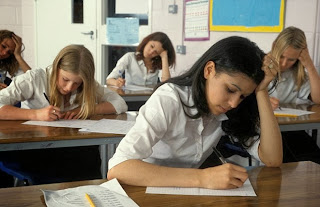 world' with millions of Britons no better at English or maths than a 10-year-old.

Standards are so poor that England is the only developed nation where those approaching retirement and the middle-aged are better at English and maths than those about to start work. .

Maybe Sri Lanka is getting value for money spent. 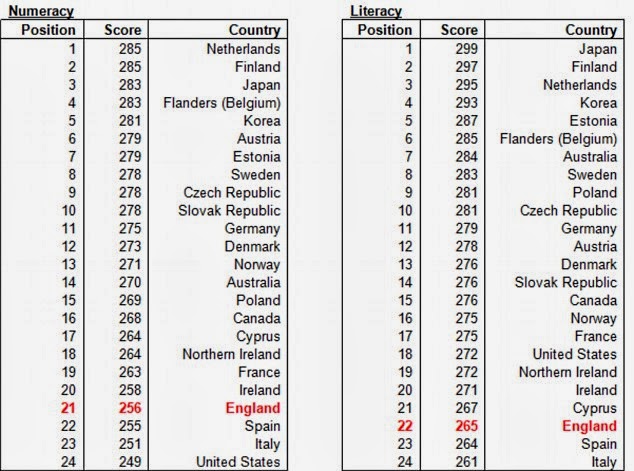 Email ThisBlogThis!Share to TwitterShare to FacebookShare to Pinterest
Labels: Education, Statistics, US

The construction of the Museum was carried out by Arasi Marikar Wapchie Marikar, born:1829, died 1925,(aka Wapchi Marikar Bass, who was descended from the Sheiq Fareed family who arrived in Ceylon in 1060 AD.), paternal grandfather of Sir Razik Fareed, Kt., JPUM, OBE, MP (born:29-Dec-1893, died:23-Aug-1984). So long as brick and mortar endure, the name of Aapchi Marikar Bass will be long remembered as the builder of the General Post Office in Colombo, Colombo Customs, Old Town Hall in Pettah, Galle Face Hotel, Victoria Arcade, Finlay Moir building, the Clock Tower, Batternburg Battery and many other buildings that are still standing today (2011). The Old Town Hall in Pettah, which is now a busy market, was built on a contract for the sum of 689 Sterling Pounds.

In January 1877, the completed building of the Colombo Museum was declared open by His Excellency, Governer Gregory, in the presence of a large crowd, amongst which there were many Muslims present. At the end of the ceremony His Excellency asked Arasi Marikar Wapchi Marikar what honour he wished to have for his dedication. The same question was asked by His Excellency from the carpenter who assisted Wapchi Marikar with the wood work of the Museum who desired a local Rank and was honoured accordingly. Wapchi Marikar, noticing the large number of Muslims present, feared that they would spend their time at the Museum on Friday during the Islamic congregation prayer, and requested that the Museum be closed on Fridays. This request has been adhered to by all authorities in charge of the Museum to this day.

When the throne of the last Kandyan King was to be exhibited at the Museum, the then Prime Minister, Mr. D.S.Senanayake, obtained the consent of Sir Razik Fareed, Wapchi Marikar’s grandson, to keep the Museum open on the intervening Fridays only.

Email ThisBlogThis!Share to TwitterShare to FacebookShare to Pinterest
Labels: History

1 Countdown to US default looms
A halt of US government operations would drag the world’s biggest economy closer to bankruptcy, something unprecedented in US history. If no budget deal is done, the US would bump up against their “debt ceiling”  and run out of money by October 17. By then, the US government would have less than $30 billion cash on hand, Treasury Secretary Jacob Lew has calculated.
2 Hundreds of thousands of federal employees on furlough
A one-time layoff of 800,000 people working for the US government would erode the earlier projected economic growth of 2.5 percent for the fourth quarter of 2013 by about 0.32 percentage points, according to a forecast by Mark Zandi, chief economist and co-founder of Moody's Analytics. That projection assumes a two-week shutdown. If it drags into a whole month, the loss of GDP would rise to 1.4 percentage points.
3 Troops’ paychecks stopped
About 1.4 million military active-duty personnel would keep on working, but with their paychecks delayed. Approval for troops’ paychecks is dependent on Obama’s proposed 2014 federal budget being passed by Congress.
4 Women and children’s nutrition program threatened
Pregnant women and new moms who are poor and facing “nutrition risk” won’t be able to buy healthy food, as a looming shutdown would put bracers on the $6 billion Special Supplemental Nutrition Program for Women Infants and Children (WIC).
5 $85 billion in cuts to federal programs
When a shutdown was last threatened in March 2013, it would have resulted in $85 billion in automatic cuts in spending on federal programs – many aimed at alleviating social hardship. The cuts, known as sequestration, would affect grants to local organizations and funds that keep those programs running.
6 Housing loans halted
US federal programs that provide for about 30 percent of all new loans in the housing market – a backbone of the country’s economy – will be shut down. Government funding of new businesses will also be halted, as well as workplace health and safety inspections.
7 Trade talks scuppered?
US plans to have a Pacific trade deal, the Trans Pacific Partnership, signed with the US’s Asian partners could stall, as Obama may decide not to travel to this weekend’s Bali, Indonesia meeting of the Asia-Pacific Economic Cooperation nations. While he could still go if no deal is done by then, it could be a gift for his Republican opponents if Obama was seen to be jetting off to a tropical paradise at a time when federal employees were sent home without pay.

8 Visa delays likely
Thousands of Americans may not be able to get passports for foreign travel, and tourists travelling to the US will likely face delays in visa processing. During the last government shutdown in 1996-97, some 20,000-30,000 applications remained unprocessed daily.
9 Space program on hold
Space agency NASA will be hit the most, as the agency will need to furlough about 97 percent of its employees, though it will continue to keep workers at Mission Control in Houston and elsewhere to support the International Space Station, where the two NASA astronauts currently on board, Michael Hopkins and Karen Nyberg, may not know whether they have jobs to come back to.
10 National parks, museums and zoos would close to the public
State-funded museums, art galleries and zoos across the country would keep their doors closed Tuesday, leaving thousands of employees furloughed and visitors unable to see attractions. US national parks, from Yosemite to the Shenandoahs, as well as Washington’s National Mall, Lincoln Memorial and Constitution Gardens, would also be closed.