This was meant to be part of a post of travel by tuk-tuk along the East Coast, from Paranthan-Mullativu-Kokilai-Pulmoddai-Trincomalee.  However, there seems to be minimal information about how to get across Kokillai Lagoon. (See Facebook comments for places to stay around Mullativu)

For those who are thinking of traveling by bus/bicycle/motorbike along the East coast of Sri Lanka from Mulativu - Trincomallee - Batticoloa -Arugam Bay, the lagoon at Pulmuddai/Kokilai should not be a deterrent.

Just get to the fishing village at either Pulmuddai or Kokilai and arrange with a fisher to take you across. Its about LKR 500 for a person, LKR 1000 or so for a small motor bike and some where in between for a cyclist.  At times there is a boat that can take a tuk-tuk across the lagoon.

If you are traveling in vehicles larger than a tuk-tuk there is detour (42 km ) around the Kokkilai Lagoon.  It should be motorable even by a small car during the dry season.  During the rainy season, as some sections of the road are gravel, small cars might not be able to go over potential mud holes.

For detailed instructions for detour by vehicle see
http://www.wilpattuhouse.com/TravelTips/Crossing-Kokilai-Pulmuddai.html
Posted by sbarrkum at 4/28/2014 08:53:00 AM 1 comment: Links to this post

Landowners to be evicted to make way for Chinese Investment project

Landowners to be evicted  to make way for Chinese Investment project.  No, this not a story from Sri Lanka.  This is from the "land of the free".

In this case it is Senator Harry Reid's (the Senate Majority Leader) son who has been negotiating with Chinese Investors to locate a Solar Energy project on ranch land.  Federal Agents stormed Cliven Bundy's land, began rounding up his cattle, arrested one of his sons and Tasered another, and allegedly shoved his sister—a cancer survivor—to the ground.

As news of the “Old West-style showdown” spread last week, armed militia members and self-proclaimed patriot types began streaming onto the ranch, escalating tensions and stoking fears that the situation might unspool into another Waco or Ruby Ridge.

On Saturday, federal forces retreated and claimed it was for the sake of public safety, although they vowed to pursue their case against Bundy. 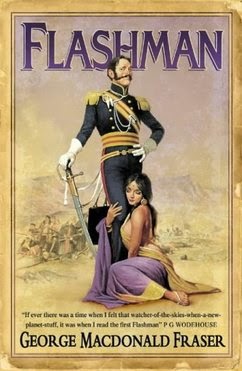 The first excerpt is the last sentence in the article and is a quote from George Orwell the author of Animal Farm.

“… we all live by robbing Asiatic coolies, and those of us who are ‘enlightened’ all maintain that those coolies ought to set free; but our standard of living and hence our ‘enlightenment’ demands that robbery shall continue."


There is a race to the bottom in costs and working conditions, as emerging market manufacturers compete for the business of foreign purchasers. Everyone in the supply chain seeks to maximise market share and profitability, sometimes by cutting corners. In emerging markets, corruption and failures of government and business compound these pressures.

Bangladesh must compete with Vietnam, Cambodia, Laos and Myanmar for foreign clients. Continuous cost pressures and competition make this economic model difficult to sustain. Prices have decreased by 10-12% over the last 5 years. Return on investment in the garment trade has decreased from 50% to 20%, which is close to the cost of debt in Bangladesh, effectively around 15-20%. In turn, this drives further cost reduction measures.


None of this is new in emerging markets. Its origins lie in the colonial past.

Using superior military power and technology, European powers, such as England, Spain, Portugal, Netherlands, Italy, France and Germany, established and maintained colonies in Asia, Africa, and the Americas. The basic driver was cheap resources, labour (often in the form of slavery) and new markets for the colonizing nation’s products.

Colonialism fuelled the growth and prosperity of the old world. Portuguese explorer Vasco da Gama was exultant at being able to buy pepper in the East Indies for 3 ducats a hundredweight from indigenous traders knowing they would fetch for 80 ducats in Venice.

Karl Marx approved: “the question is not whether the English had a right to conquer India, but whether we are to prefer India conquered by the Turk, by the Persian, by the Russian, to India conquered by the Briton”. Whilst recognising that the exploitation of Indian markets and labour by the East India Company for commercial gain, Marx argued that capitalism would transform the subcontinent. India would benefit from the fruits of industrial revolution, such as improved communications and a free press. It was a sentiment worthy of George Macdonald Fraser’s Flashman who regarded the Victorian empire as “the greatest thing that ever happened to an undeserving world”.

Peter Whitfield writing in Travel: A Literary History identified the link between earthly power (wealth) and spiritual glory (Christianity) that provided the justification for colonial conquest:

It amounted to a theory of cultural destiny – that the European maritime nations were destined to bring Christianity and civilization to a pagan and savage world, and their reward was to be the wealth and riches which the indigenous populations themselves were incapable of appreciating and valuing. Underlying colonialism was what Edward Said in 1978 termed: Orientalism. This was a reference to the patronizing attitude of Westerners towards Asian, Middle Eastern and African societies. They were seen as static and under developed, which a superior West could shape in accordance with its own image.


via:
http://www.nakedcapitalism.com/2014/04/satyajit-das-new-colonialism-businesses-refuse-spend-cents-per-garment-end-labor-exploitation-emerging-markets.html
Posted by sbarrkum at 4/04/2014 03:10:00 AM No comments: Links to this post