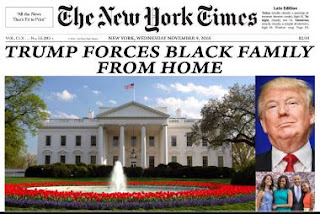 Trump really is the menace we have all been warned about. Not only is Trump kicking a black family out of its longtime limewashed home, he also ends U.S. government support for the disenfranchised Jihadis in Syria and elsewhere. This even months before taking office.

Trump maybe a jerk that makes sexist comments. However, he has not been proven or settled rape charges, or defended rapists.

http://www.dailymail.co.uk/news/article-3922140/Death-dynasty-rotten-core-40-years-sex-lies-scandals-Clintons-leave-public-life-beset-crushing-humiliation.html?
Posted by sbarrkum at 11/14/2016 10:18:00 PM No comments: Links to this post

US the most Protectionist Nation 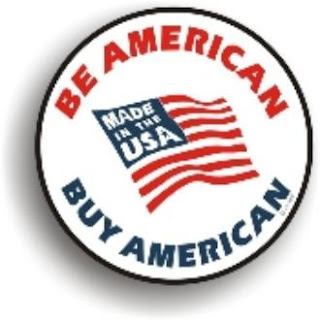 Rohan Samarajiva has a post advocating removal of import tariffs (gobalization). He did not recall any countries where import control policies were implemented except for North Korea, Cuba and Venezuela.

He could  start with the the US which is the most protectionist nation. .

Some protectionism is not obvious, such as the massive subsidies to agriculture in the US.  Whereas international agencies have pressured Sri Lanka to remove fertilizer subsidies.


These are the US protectionist measures that affect Sri Lanka
http://www.globaltradealert.org/measure?tid=201&tid_1=494&tid_3=All

I guess do as US says, not as US does.

One of the first acts of Congress, George Washington signed was a tariff among whose stated purpose was “the encouragement and protection of manufactures.”

"I use no porter or cheese in my family, but such as is made in America,” George Washington wrote, boasting that these domestic products are “of an excellent quality.”

Abraham Lincoln  said
“Give us a protective tariff and we will have the greatest nation on earth.” Lincoln warned that “the abandonment of the protective policy by the American Government… must produce want and ruin among our people.”

Lincoln did not see a tariff as a tax on low-income Americans because it would only burden the consumer according to the amount the consumer consumed By the tariff system, the whole revenue is paid by the consumers of foreign goods… the burthen of revenue falls almost entirely on the wealthy and luxurious few, while the substantial and laboring many who live at home, and upon home products, go entirely free.

Lincoln argued that a tariff system was less intrusive than domestic taxation: The tariff is the cheaper system, because the duties, being collected in large parcels at a few commercial points, will require comparatively few officers in their collection; while by the direct tax system, the land must be literally covered with assessors and collectors, going forth like swarms of Egyptian locusts, devouring every blade of grass and other green thing.

Email ThisBlogThis!Share to TwitterShare to FacebookShare to Pinterest
Labels: Globalization, US 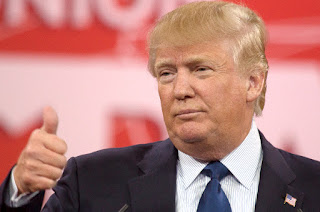 Very high possibility of a Trump win, regardless of  the polls.  Trump winning the US elections will be a repudiation of globalism (the Anglo-Saxon version, the new version being the Silk Road).


Whether he can deliver on his promises is different, e.g.
a) Protectionism. No trade agreements that will shift US jobs to another country.
(e.g. 35% tax on cars built in Mexico by US companies)
b) Stop being world policeman
c) Is going to check antecedents/history of potential immigrants

I think even the Latino vote is going to surprise on the upside for Trump.
Do you think Hill country Tamils (forget about Jaffna Tamils) will vote for increased immigration from India. Same dynamics for Latino US citizens.

On the other hand Hillary  Clinton (and Obama)
a) Responsible for mayhem in Libya and Syria
When Gaddafi was killed Hillary said we came. we saw and he died and then did a cackle laugh

Obama (the nobel peace prize) winner has been responsible for escalating wars (Bush's) and killing people with drones.