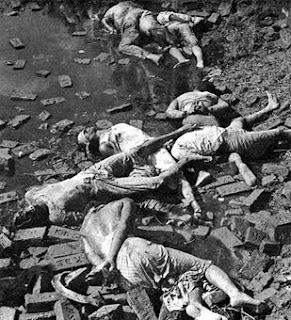 Bangaladesh is still having issues 40 odd years later because of civil war in 1971 fueled by American weapons.  Now they have a war tribunal that is authorized only to prosecute people living in Bangaladesh, but more a tribunal to go after the opposition.  No West Pakistani's the biggest perpetrators and their helpmates Nixon and Kissinger can be prosecuted.

Hope this stands as a warning to those who are looking for war crimes tribunals in Sri Lanka.  This is not for our good, it is to destabilize our country.

Nixon and Kissinger supported Pakistan’s (west)  fiercely anti-communist military ruler President Yahya Khan in his crackdown on East Pakistan (now Bangaladesh).  The weapons they supplied helped  the 1971 mass murder of mostly Hindu Bengalis who were seeking political autonomy and, ultimately, their own independent nation (i.e. East Pakistan into Bangaladesh). Large scale civilian suffering—mass shootings, rapes, village burnings, and a refugee crisis of almost unimaginable proportions. Members of the Pakistani military and supporting militias killed an estimated 300,000 to 3,000,000 people and raped between 200,000 to 400,000 Bangladeshi women in a systematic campaign of genocidal rape
.
Nixon and Kissinger supplied West Pakistan
a) weapons, ammunition, and other military despite a long-standing arms embargo (and against the wishes of the State Department),
b) Transferred advanced fighter aircraft through third countries like Iran and Jordan.  This was like the  Iran-Contra affair, by passing Congress opposition.


Nixon and Kissinger were not just motivated by dispassionate realpolitik, weighing Pakistan’s help with the secret opening to China or India’s pro-Soviet leanings. The White House tapes capture their emotional rage, going far beyond Nixon’s habitual vulgarity. In the Oval Office, Nixon told Kissinger that the Indians needed “a mass famine.” Kissinger sneered at people who “bleed” for “the dying Bengalis.”

For his principled stand, Blood—a longtime civil servant not normally given to such activist behavior—earned the opprobrium of Nixon and Kissinger, was sacked for his “rebellion,” and saw his promising career derailed.


Bangladesh, despite its recent economic growth, is a haunted country. Part of the tumult centers on the fate of defendants like Abdul Quader Mollah, who face judgment in a series of national war crimes trials for atrocities committed in 1971 by local collaborators with West Pakistan. These trials are popular, but the court has often failed to meet fair standards of due process. 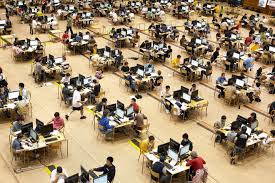 While reading about Coding Jocks got interested in checking out International Olympiad in Informatics (IOI).   I was pleasantly surprised to see that Sri Lanka had won 26 medals since 1992, i.e 23 years (facebook and SL website).  The IOI  has been around for 28 years.  Thats not bad for a country of 20 million, though you have small places like Latavia (68),  Lithuania (68) and Singapore (69) having won much more.  China has won 107 and has the highest number of medals.  India has a measly 39 medalist, which is low compared to its fame as the premier outsourcing software center.  Sri Lanka has won 3 Golds, 7 Silvers, whereas India has only 1 gold and 11 Silvers.

Now for some non politically correct stuff.  In a previous post on winners of the Google Science Fair, I noted there was large amount of South Asian among the winners.   However,  in the IOI the south Asians are severely under represented.  Even in the US there seems to be more East Asians (Chinese/Koreans etc) as winners, specially in recent years. Only one lone name recognizable as of South Asian origin.
Now for the hot potato; looking at the SL winners, there isnt even one name that recognizable as of Tamil origin.  What gives, Tamils cant code or more to the point cant code to compete?.
Posted by sbarrkum at 9/27/2015 12:23:00 PM No comments: Links to this post

Fox News reports that "Russian, Syrian and Iranian military commanders have set up a coordination cell in Baghdad in recent days to try to begin working with Iranian-backed Shia militias fighting the Islamic State (ISIS).   However, The  Russian embassy in Iraq denies role in any anti-ISIS ‘coordination cell’ based in Baghdad.

So far none of the Main Stream Media (MSM) such as  NY Times, CNN, BBC have reported the docking of a Chinese Aircraft Carrier and Guided Missile Cruiser in Tartus, Syria.

Email ThisBlogThis!Share to TwitterShare to FacebookShare to Pinterest
Labels: China, US, War

As far as I know this is the first time the Chinese have sent troops to a war zone.  That is other than the rescue operation by the Chinese PLA in Yemen.  Also other minor issues of sending 5 Navy ships of the coast of Alaska while Obama was visiting the state and getting read to deploy nuclear sub that can hit the US mainland.


On Tuesday morning, a Chinese naval vessel reportedly traveled through Egypt’s Suez Canal to enter the Mediterranean Sea; its destination was not confirmed.

However, according to a senior officer in the Syrian Arab Army (SAA) that is stationed inside the Syrian coastal city of Latakia, Chinese military personnel and aerial assets are scheduled to arrive in the coming weeks (6 weeks) to the port-city of Tartous – he could not provide anymore detail.

Apparently the Chinese are in Syria to stop Turkestan Islamic Party, Uighur Islamists who were smuggled by Turkey from China to Syria.

Here's what China had to say at the May 22, 2014 meeting about the war in Syria: Note the bold words, in context of Sri Lanka. Probably a little to late now.


Mr. Wang Min (China) (spoke in Chinese): For over three years, the escalation of the conflict in Syria has inflicted deep suffering on the Syrian people and posed a serious challenge to the countries of the region and the international community. China has always maintained that all parties in Syria should respect human rights and international humanitarian law and prevent innocent people from being harmed during the conflict. China is firmly opposed to all violations of international humanitarian law or serious violations of human rights committed by all parties to the conflict in Syria. However, with regard to draft resolution S/2014/348, on which the Council voted earlier, China has some serious reservations. First, China believes that any action to seek recourse to the International Criminal Court (ICC) to prosecute the perpetrators of serious violations should be conducted on the basis of respect for State judicial sovereignty and the principle of complementarity. China is not a State party to the Rome Statute. China always has reservations concerning the referral by the Security Council of particular country situations to the ICC. This is our principled position.

What is most urgently needed now is to urge the Government of Syria and the opposition to immediately implement a ceasefire and put an end to the violence in order to start a third round of negotiations in Geneva so as to advance the political process and embark on a political transition. In the current circumstances, to forcibly refer the situation in Syria to the ICC is not conducive either to building trust among all parties in Syria or to an early resumption of the negotiations in Geneva. It will only jeopardize the efforts made by the international community to push for a political settlement.

Thirdly, for some time now, the Security Council has maintained unity and coordination on the question of Syria, thanks to efforts by Council members, including China, to accommodate the major concerns of all parties. At a time when seriously diverging views exist among the parties concerning the draft resolution, we believe that the Council should continue holding consultations, rather than forcing a vote on the draft resolution, in order to avoid undermining Council unity or obstructing coordination and cooperation on questions such as Syria and other major serious issues. Regrettably, China’s approach has not been taken on board; China therefore voted against the draft resolution.

Email ThisBlogThis!Share to TwitterShare to FacebookShare to Pinterest
Labels: China, US, War 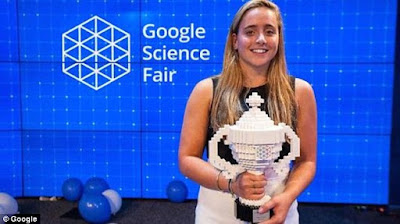 Olivia Hallisey.16 yrs, from Greenwich Connecticut won the Google Science Fair. Her invention: a test for Ebola in 30 mins,  even in patients not displaying symptoms . The test cost just $25 and does not need refrigeration.  Previous tests took up to 12 hours and cost a few thousand dollars.

Other finalists for the fair included Pranav Sivakumar, 15, from Aurora, Illinois, who devised an automated method for discovering and analyzing gravitationally-lensed quasars; 14-year-old Krtin Nithiyanandam from Surrey, England, who designed a test for detecting Alzheimer's in its early stages (there was also another test by Anika Cheerala, 13 USA) ; Lalita Prasida Sripada Srisai, 13, from India, who found a way to make waste water clean by filtering it through corn cobs; and a French 14-year-old, Eliott Sarrey, who built a robot capable of tending to gardens.

Adriel Sumathipla, 16 USA (sounds like he is of Sri Lankan descent) was a global finalist with his  Multi-Biomarker Diagnostic for Cardiac Disease:Rapid. Portable. Ultra-Low Cost.

Note: South Asians seem over represented among finalists and specially the winners. 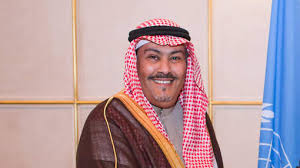 Saudi Arabia's Faisal bin Hassan Trad has been named as Head (or is it Behead) of a Panel of independent experts on the UN Human Rights Council. This panel is tasked with naming experts that determine global human rights standards.

I guess Zeid Ra'ad Al Hussein from Jordan (another country with exemplary Human Rights Record) will be a nice fit with the Panel.

Saudi Arabia is a great example for Human Rights.  They have the most number of executions (one every two days), Christians are not allowed to practice, the list goes on.  I am sure this panel can give Sri Lanka some pointers to get our miserable human rights record to the great heights of Saudi Arabia and Jordan.


In the first half of 2015, Saudi Arabia beheaded more than 100 people. The country is known for using corporal punishments, which include decapitations, whippings and mutilations.

Crimes which may be punished with beheading in Saudi Arabia include murder, rape, armed robbery, using recreational drugs, and smuggling, in addition to homosexuality, false prophecy, apostasy, adultery, witchcraft and sorcery. The country has also been criticised for the way it keeps women from driving and enjoying other rights, its treatment of LGBT citizens.

According to a Human Rights Watch report, Saudi Arabia continues to "try, convict, and imprison political dissidents and human rights activists solely on account of their peaceful activities". HRW also condemned the systematic discrimination against women and religious minorities and claimed that the Kingdom failed to "enact systematic measures to protect the rights of 9 million foreign workers".

So far (Sept 22nd, 2015) the big news sources such as NY Times, CNN, MSN, BBC have not reported on the appointment.  The moderate news scources that have so far reported are The Independent of UK and International Business Times


The New York times however in March, 2015 thought that "Saudi Justice, Harsh but Able to Spare the Sword". Maybe they had advance notice of the pending appointment.

Saudi Arabia’s justice system is regularly condemned by human rights groups for violating due process, lacking transparency and applying punishments like beheading and amputation. Criticism has grown as Saudi cases have made news abroad: a liberal blogger caned for criticizing religious leaders; activists jailed for advocating reform; a woman held without charge for more than two months for driving a car.

Mr. Yehiya’s reprieve was the product of a justice system little understood outside the kingdom, one that is based on centuries of Islamic tradition and that prioritizes stability and the strict adherence to Islamic mores over individual rights and freedoms.

Ratification of International Human Rights Treaties - Saudi Kingdom
And the list goes on and on.

Other Links
Record Beheadings and the Mass Arrest of Christians – Is it ISIS? No it’s Saudi ArabiaNeed a Job? Saudi Arabia is Looking for Eight Swordsmen to Keep up with Record Beheadings
Saudi Arabia executes 'a person every two days' as rate of beheadings soars under King Salman
Posted by sbarrkum at 9/22/2015 02:11:00 AM 1 comment: Links to this post