A must read article along the lines of Joseph Tainter's Collapse of Complex Societies.  Examines the 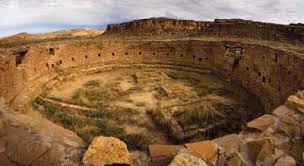 viability and sustainability of increasing complex societies.  Is “doing more with less”, i.e. is ever increasing productivity sustainable.

One should also think of increasingly complex Finance and Financial Instruments, and increased instability of finance and economies (kind of touched here) when reading the article.  Its all connected.

Excerpts from the Archdruid Report


recent chatter about “cloud computing.” What is this thing we’re calling “the cloud?” Descend from the airy realms of cyber-abstractions into the grubby underworld of hardware, and it’s an archipelago of huge server farms, each of which uses as much electricity as a small city, each of which has a ravenous hunger for spare parts, skilled labor, and many other inputs, and each of which must be connected to all the others by a physical network of linkages that have their own inescapable resource demands. As with Fuller’s satellite analogy, the ephemeralization of one part of the whole system is accomplished at the cost of massive capital outlays and drastic increases in complexity elsewhere in the system.

The basis of that theory is the uncontroversial fact that human societies routinely build more infrastructure than they can afford to maintain. During periods of prosperity, societies invest available resources in major projects—temples, fortifications, canal or road systems, space programs, or whatever else happens to appeal to the collective imagination of the age. As infrastructure increases in scale and complexity, the costs of maintenance rise to equal and exceed the available economic surplus; the period of prosperity ends in political and economic failure, and infrastructure falls into ruin as its maintenance costs are no longer paid.

The pulse of anabolic expansion and catabolic collapse thus defines, for example, the history of imperial China. The extraordinary stability of China’s traditional system of village agriculture and local-scale manufacturing put a floor under the process, so that each collapse bottomed out at roughly the same level as the last, and after a century or two another anabolic pulse would get under way. In some places along the Great Wall, it’s possible to see the high-water marks of each anabolic phase practically side by side, as each successful dynasty’s repairs and improvements were added onto the original fabric. rably more troublesome if the resource base lacks the permanence of traditional Chinese rice fields and workshops. A society that bases its economy on nonrenewable resources, in particular, has set itself up for a far more devastating collapse.

Buckminister Fuller had a well-earned reputation in the engineering field of his time as “failure-prone,” and a consistent habit of pursuing efficiency at the expense of resilience was arguably the most important reason why. The fiasco surrounding Fuller’s 1933 Dymaxion car is a case in point. One of the car’s many novel features was a center of mass that was extremely high compared to other cars, which combined with an innovative suspension system to give the car an extremely smooth ride. Unfortunately this same feature turned into a lethal liability when a Dymaxion prototype was sideswiped by another vehicle.

The unavoidable tradeoff between efficiency and resilience can be understood easily enough by considering an ordinary bridge.

A society dependent on vulnerable satellite networks in place of the robust reliability of oceanic cables, cloud computing in place of the dispersed security of programs and data spread across millions of separate hard drives, just-in-time ordering in place of warehouses ready to fill in any disruptions in the supply chain, and so on, is indeed more ephemeral—that is to say, considerably more fragile than it would otherwise be. 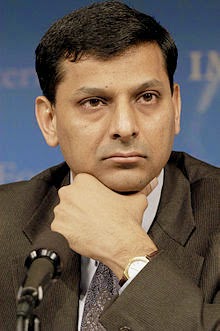 books.  Dont dismiss him as just the RB India Governor.  Raghuram Rajan is also a Professor of Finance at University of Chicago and one time chief Economist at IMF.

I personally keep track of Raghuram Rajan and Satyajit Das, both great names in the Finance world but also critical of current Financial Instruments.   Raghuram Rajan had paper out in 2005 "Has Financial Development Made the World Riskier? which I came across in a Salon article in 2006 (see below).

Based on Raghuram Rajan's article and what I knew working in (Fixed Income) Bonds and Derivatives (till 2009) had a  discussion with a Grad school Colleague also in Derivatives (he worked for a Hedge fund) in 2006. I kept on betting against the trend and made some money with PUT options in late 2007 collapse. I used only money I could afford to loose, so made a little money, 1:10 returns or more.)

I think could be optimistic if things are given time to play out. Maybe the time is to equilibrium is a little faster now, than in the past simply because of the "global village" thing.
However, the pessimist in me wonders if two  or three of the pivots of instability give way at the same time.
e.g. In no particular order (Italics: Current additions to explain to non-technical)

The Lehman defaults kicked in defaults, then mortgages (MBS) and Credit Derivatives defaulted. If the US govt had not stepped in and backstopped the Banks, complete collapse. Anyway that was the end of Investments Bank. The thinking at that time a couple would fail; instead all failed.

To me whats scary is that the whole world is so tied together that
instead of it becoming stabler, its created more points of instability not
just for the US but for the world.

I guess the converse also holds in that as everyone is tied together
that there is a vested interest to keep things as stable as possible.

Anyway, the underlying issues of the 2007-2008 Financial Collapse have not gone away. The huge debt loads, by Govts (e.g US: $12.6 Trillion 104% of GDP see post on GDP calculations) and personal debt (US $99,000 103% of Disposable Income) have not decreased.  This can only happen by write off (debt forgiveness) and restarting the clock.  It cannot be decreased by earnings  taxes or austerity, the debts are too large. (see US cant tax its way out of deficits).

Note: Actual liabilities of the US Govt, when Social Security, Medicare, and federal employees' future retirement benefits are included is $86.8 trillion, or 550% of GDP.

The debt in turn is the basis of many Financial Instrument, from simple Bonds to complex Mortgage Backed Securities and CDO's.   These Instruments in turn are the basis of the Asset side Investments of many balance sheets. So when defaults occur it cascades into loss of value in instruments which in turn trigger balance sheet funding requirements.

So something has to give, its not a question of IF but WHEN.   If you knew when, you would be a $ millionaire with a small investment against the trend.

US involvement with Ebola Virus 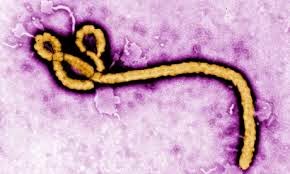 Some interesting facts on US involvement with the Ebola Virus.  Also read this on Ebola.


#20 Researchers from Tulane University have been active for several years in the very same areas where this Ebola outbreak began.  One of the stated purposes of this research was to study "the future use of fever-viruses as bioweapons".

#21 According to the Ministry of Health and Sanitation in Sierra Leone, researchers from Tulane University have been asked "to stop Ebola testing during the current Ebola outbreak".  What in the world does that mean?

#22 The Navy Times says that the U.S. military has been interested in studying Ebola "as a potential biological weapon" since the 1970s...


Filoviruses like Ebola have been of interest to the Pentagon since the late 1970s, mainly because Ebola and its fellow viruses have high mortality rates — in the current outbreak, roughly 60 percent to 72 percent of those who have contracted the disease have died — and its stable nature in aerosol make it attractive as a potential biological weapon.

#23 The CDC actually owns a patent on one particular strain of the Ebola virus...


The U.S. Centers for Disease Control owns a patent on a particular strain of Ebola known as "EboBun." It's patent No. CA2741523A1 and it was awarded in 2010. You can view it here.

It is being reported that this is not the same strain that is currently being transmitted in Africa, but it is interesting to note nonetheless.  And why would the CDC want "ownership" of a strain of the Ebola virus in the first place?

#24 The CDC has just put up a brand new webpage entitled "Infection Prevention and Control Recommendations for Hospitalized Patients with Known or Suspected Ebola Hemorrhagic Fever in U.S. Hospitals".

#11 A study conducted in 2012 proved that Ebola could be transmitted between pigs and monkeys that were in separate cages and that never made physical contact.

Email ThisBlogThis!Share to TwitterShare to FacebookShare to Pinterest
Labels: Health, Society, US

US may have totured in UK owned Diego Garcia 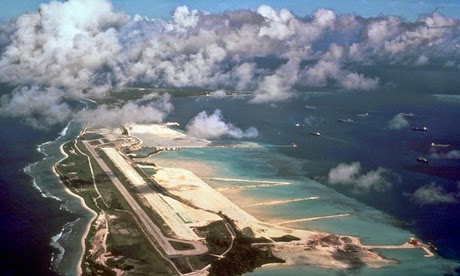 Looks like the Americans may have been doing some torturing in UK owned Diego Garcia.

Excerpts from the Telegraph


The government stands accused of seeking to conceal Britain's role in extraordinary rendition, ahead of the release of a declassified intelligence report that exposes the use of torture at US secret prisons around the world.

.. will confirm that the US tortured terrorist suspects after 9/11. In advance of the release, Barack Obama admitted on Friday: "We tortured some folks. We did some things that were contrary to our values."

"The government protested America would be angered if this kidnap case ever went to trial – and now we learn the British government is leaning on the Americans not to air Britain's dirty laundry. It exposes their litigation stance as mere posturing," she added.
Confirmation that a British territory was involved in extraordinary rendition could leave the government vulnerable to legal action. Last month the European court of human rights ruled that the Polish government actively assisted the CIA's European "black site" programme, which saw detainees interrogated in secret prisons across the continent.