Peter Sellers: The Party: Oh To be in Yingland sung by Ceylonese Bill Forbes.

All these years watched Peter Sellers "The Party" and never knew it was a Ceylonese (He left long before it was Sri Lanka) Bill Forbes who sang "Oh to be in England". 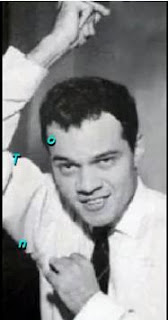 On the seaside bordering Adamaly place, along Galle Road, is a gas station that dispenses, petrol, diesel, cooking gas, vehicle servicing and washing, very popular with local residents. It was here where the famous Sri Lankan crooner Bill Forbes once worked as an attendant. The pump still stands and serves its citizens valiantly until today.

Bill Forbes was born on 17th December 1938 in Sri Lanka. He came to Britain in 1955 at the age of 17 doing menial clerical work by day and renting a flat in Victoria, Central London. During 1958 Bill lived out his dreams of being a famous singer by appearing regularly at the "Bread Basket" coffee bar in Tottenham Court Road. It was while he was performing one night in September 1958 that two talent scouts representing Jack Good approached him and asked if he wanted to audition for the "Oh Boy!" show. The series had just blasted onto the nation's television screens a few weeks earlier and Bill was already a big fan of the show. The show was a groundbreaking British pop music event from 1958-1959, in London with Cliff Richard, Marty Wilde, Bill Fury and others. He released 12 hits for EMI Columbia among them 'Too Young/It's Not the End of the World,' Sri Lankans still sing his baila hit: 'Aacha England,' recorded under the name of Kal Khan. 'Oh to be in England!' is still a favorite of many vintage Sri Lankans.